Keynote Lecture: Stone Canvases, Rock Palettes, and the Minds of the Ancient Egyptians

For over a quarter of a century, the work of the Theban Desert Road Survey and the Elkab Desert Survey has yielded a wealth of previously unknown archaeological and epigraphic sites—and has recorded and excavated other previously known but neglected sites—in the Eastern and Western Deserts of Upper Egypt. In seeing how the ancient Egyptians interacted with the desert landscape, essentially socializing and creating spaces within the desert vastness, we may gain new perspectives on the interaction of official and popular culture. Providing insights into the ways in which a variety of ancient people, over at times great spans of time, interacted with the desert landscape through use of both formal and personal imagery, rock art and rock inscription sites allow some access to the minds of at least some of the ancient Egyptians.

The relationships revealed between inscriptions and archaeological remains along the road networks of the Eastern and Western Deserts have yielded many unexpected insights into matters as disparate as New Kingdom grain shipments, First Intermediate Period strategy, and the political and administrative goals of Monthuhotep II. Among all of the interesting outcomes of the continuing desert work, some of the most significant may in fact be greater understanding of less concrete, more conceptual aspects of Egyptian culture.

In the Theban Western Desert, and in the Eastern Desert hinterland of Elkab, rock art sites reveal the development of an iconographic syntax, evidence for a developmental "prehistory" of writing in Egypt. Those sites also demonstrate the use of the nascent script to express the parallelism of cosmic and human ritual authority, providing an important link in the transition from zoomorphically dominated imagery in Upper Egyptian rock art and the dominating appearance of the human ruler as chief ritualist, who will ever after dominate religious imagery in Egypt. At el-Khawy, the rock inscriptions reveal the early geographic spread and intellectual breadth of the early hieroglyphic script.

A number of rock inscriptions provide evidence for religious activities at desert sites, activities glimpsed only fleetingly from references in Nile Valley sources. One site reveals the interactions of official and private religion filtered through the art and inscriptions of a single New Kingdom priest. From the Predynastic through the New Kingdom, the sites and their inscriptions demonstrate the interactions of cultic decorum and popular religion, even providing some of the earliest evidence for the latter. 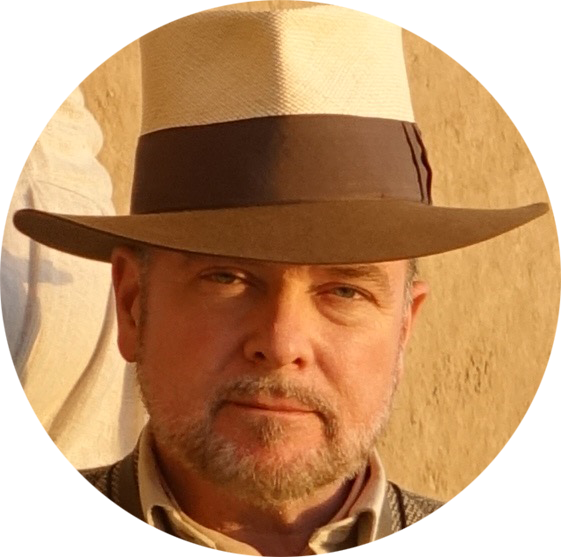 John Coleman Darnell is Professor of Egyptology in the Department of Near Eastern Languages and Civilizations at Yale University, Curator in Anthropology at the Yale Peabody Museum, a member of the Council for Archaeological Studies at Yale, and director of the Elkab Desert Survey Project (a joint mission between Yale University and the Royal Museums of Art and History, Brussels). His publications have made contributions to the study of ancient Egyptian religion, cryptography, the cursive scripts of Egypt, and the archaeological and epigraphic remains of ancient activity in the Eastern and Western Deserts of Egypt. Western Desert discoveries have included numerous Predynastic and Protodynastic rock inscriptions, several demonstrating the development of an iconographic syntax predating the appearance of the hieroglyphic script; the earliest alphabetic inscriptions in the Wadi el-Hol; a new Middle Egyptian literary text from the same site; Middle Kingdom, Second Intermediate Period, and New Kingdom outposts on the high plateau; and the earliest major occupation site thus far known for Kharga Oasis. In the past five years, the Elkab Desert Survey Project has mapped routes in the desert hinterlands of Elkab, its discoveries including several previously unknown sites of Predynastic and Protodynastic rock art, the earliest monumental early hieroglyphic inscription at the site of El Khawy, and previously unknown Late Roman settlements. Darnell’s most recent monographs include The Rock Shrine of Pahu, Gebel Akhenaton, and Other Rock Inscriptions from the Western Hinterland of Naqada and The Ancient Egyptian Netherworld Books (co-authored with his wife Colleen Darnell).