In the southern part of the Suez isthmus, in an area deserted by archaeological missions that had preferred to focus on the military settlements between Qantara and Gaza, J. Clédat unearthed the remains of a Ramessid temple dedicated, according to him, to Hathor and Horus. Examining the blocks of the monument deposed in the storehouse of the museum of Ismaïlia was the starting point of this study to reexamine the material settled in the vicinity of the road to the Sinaï mines and Punt. The monument reveals a shrine housing the great gods of Egypt with a sustained Heliopolitan slant while granting a minor space to an asiatic entity, Rechpou. Discrepancies between real and virtual orientation, between the origins of the divinities mentioned on the stelae in front of the temple and the cultural reliefs, suggest that the monument was designed as a frontier temple between the Orient and Nile valleys.

It was in 1974 that Serge Sauneron, then working near the Nubian temple of Wady es-Sebua discovered opposite the temple, on the eastern shore of the Nile an unknown settlement easily identified as a C-group village. It was a fortified agglomeration situated on the edge of a cliff that overlooked the river.

Built on a plateau of Nubian sandstone, the village was protected on its north, east and south sides by a semi-circular enclosure wall, originally three metres in height with a number of loopholes pierced through it: on the western side, the cliff was impassable. Three gates gave access to homes. Built on a slight slope, these houses or huts, generally rectangular and from two to five metres wide, were constructed of upright slabs of sandstone set into the floor, to the height of about one metre and bound with earth mortar or small stones. The floor was made of beaten earth. The layout of the settlement consisted of groups of huts served by a network of small streets radiating out from the main gate on the east.

The villagers possessed a small number of cattle, cows or sheep, and lived by fishing and hunting. This population seems to have been semi-nomadic as the site showed no evidence of permanent activity.

This village was engulfed by the waters of Lake Nasser in 1975.

According to an examination of the uses of the term bjn, this verb–indicating quality–as well as its derivatives provide an account of a process of degradation. As a major word in the vocabulary of evil, it is probable that bjn shows an important aspect of this concept in Ancient Egypt.

Pharaonic inscriptions reused as part of the pavement of the Fatimid gate now called Bâb al-Tawfiq in Cairo were discovered in 2004 and 2005 during Ifao excavations. Three of them dating to the reign of Senwosret I are published here. These quartzite blocks were cut up and removed in the Middle Ages from the Heliopolitan temples’ area as we can deduce from the texts and especially from the dedication to the Bau Iunu, lords of the Hut-aat. The first document consists of a large slab on which 23 columns of originally, more developed royal annals are partly preserved. The text deals with the endowments granted yearly by the king to the Bau Iunu: for the four remaining years are listed the offerings made to the Heliopolitan gods (cattle, vases, offering tables, statues, sphinxes and cultic implements) and the buildings erected by the king (columned hall, obelisks). The text contains early mention of the goddesses Mut-who-is-under-her-mast and Hathor-Nebethetepet. The two other documents are a left doorjamb inscribed with the royal titulary and the upper part of a monumental round-topped stela decorated with a winged solar disk above the king’s titulary, combined with the names of the Bau Iunu and Atum.

A fragment of a kneeling statue belonging to Dynasty XXVI (greywacke, height 23 cm) displays a declaration on its back pillar very similar to the one inscribed on the back pillar of another kneeling statue, that of Saft el Henna, dated to Apries (New York, mma 66.99.68 + Cairo cg 895). The name of the owner is not preserved, but it is possible to deduce that the monument was dedicated by a daughter of Psamtek II, Merytnebes, to her tutor, in her later years when she settled at Heracleopolis as priestess of Herishef.

The study of two statues from the Cachette of Karnak, the recently published Caire je 37374 and the unpublished Caire je 37348, permits us to link them with two unpublished groups of coffins and cartonnages from the Louvre. This leads to a reconstruction of the family and the analysis of the career of Iufaa, son of Penmumut, a Deputy of Amun’s treasury, Third Prophet of Amun and Governor of Thebes during the reign of the Theban king Harsiese in the 22 nd Dynasty.

This archaeobotanical study focuses on a Roman pool used to hold water at the outlet of an underground water-collecting gallery (qanât) dug into the butte of ‘Ayn-Manâwir. Plant remains were found both in living position (roots, stem bases) in and around the pool, as well as in the wind-blown sand filling it. They provide us with information about the garden surrounding the pool, composed of planted and spontaneous palms and trees, and the fields located farther north. The data reflects a complex palm grove oasis agricultural system, that resulted from the use of water collecting and distributing techniques, domestic animals and varied crop associations. The agricultural economy was locally rich, and seems to have been very little influenced by imported plants.

The thirty-five inscribed mummy linen from The British Museum, London published here include 34 bands and only one cloth. The inscribed texts are written in demotic and derived from literature belonging to the Book of the Dead. They probably go back to the first century a.d. and come from the area of Panopolis (Achmim). The pieces provide us with at least 20 proper names, some of which are not attested to in Demotisches Namenbuch. 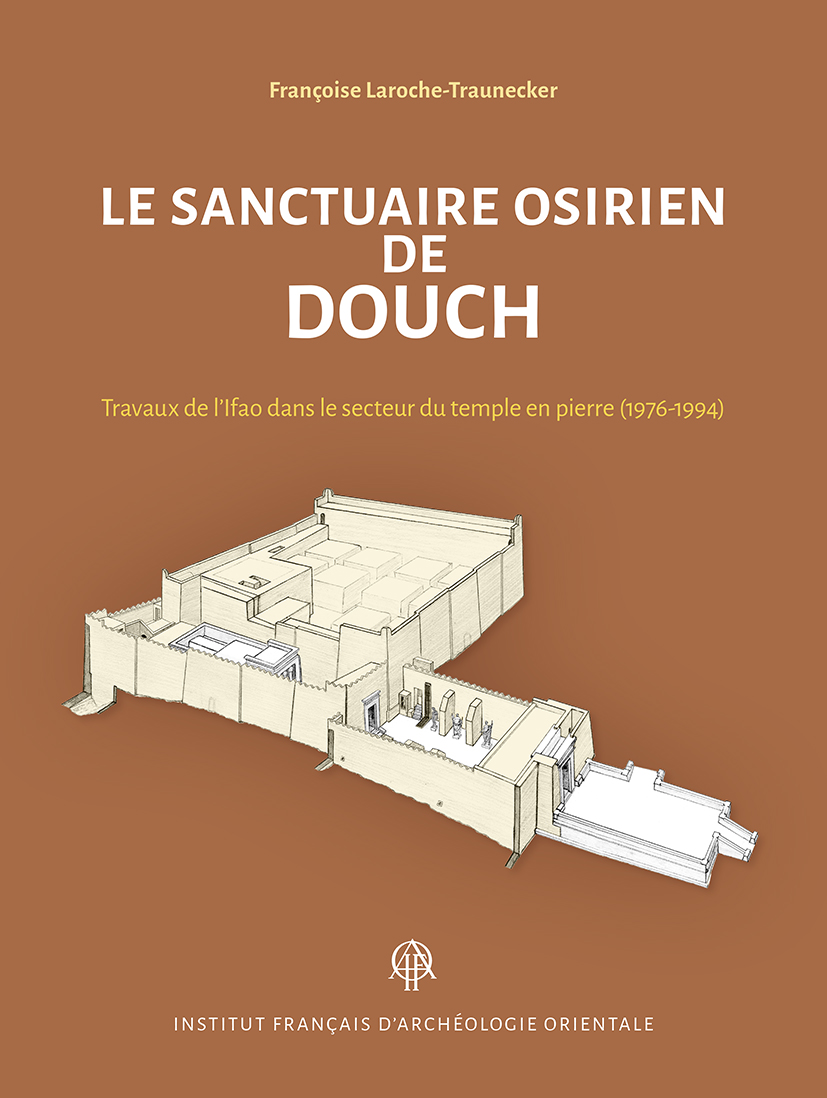 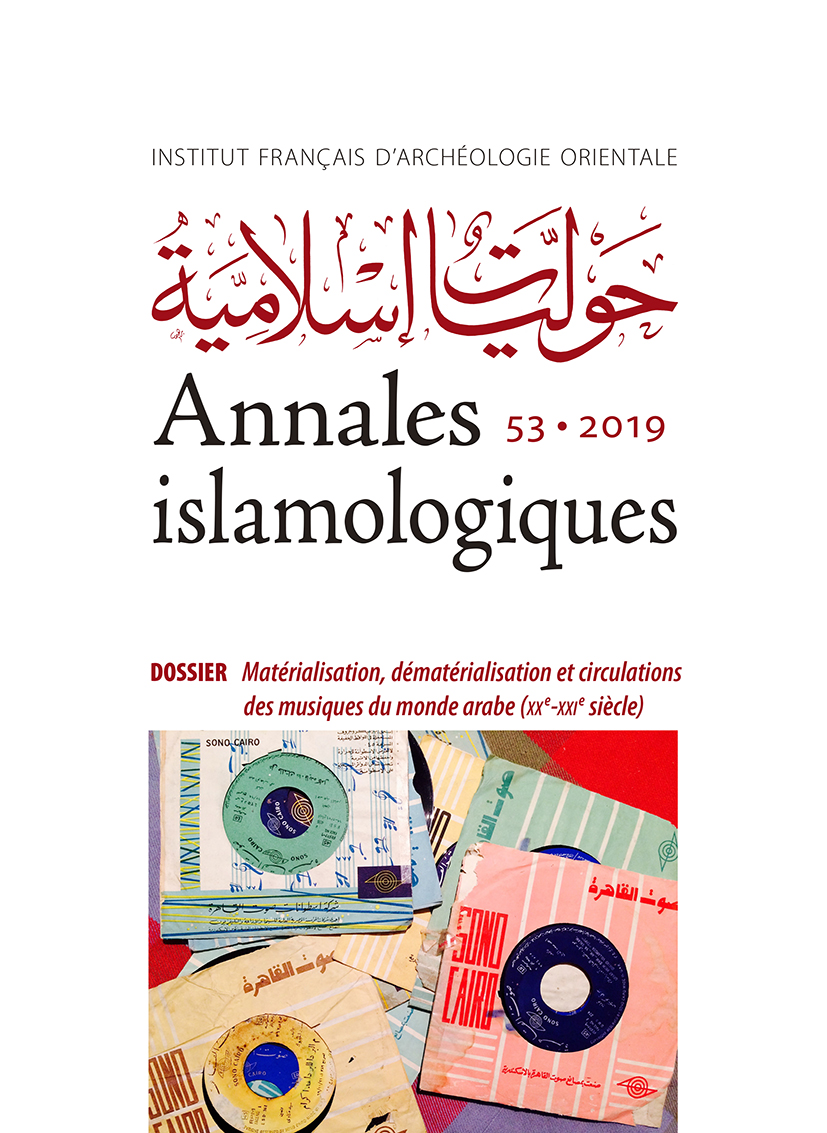