Since 2011, the University of Memphis - Université du Québec à Montréal (UQAM) joint epigraphic mission at Karnak has been studying the decoration carved on the 134 columns that originally stood inside the Hypostyle Hall of the temple of Amen-Ra at Karnak. Since the beginning of our project, funded in great part by the Social Sciences and Humanities Research Council of Canada (SSHRC), we have been able to gain a much better understanding of the decoration layout and chronology with the help of emerging techniques.

One of the greatest challenges in studying the Hall is taking into consideration the fact that a certain number of columns now standing inside the monument are no longer in their original position, since Georges Legrain, the former director at Karnak at the end of the 19th century, had to re-erect many fallen columns in the northern half of the Hall. Another great challenge is putting back together the loose drums and abaci that lay outside of the monument. These blocks, sometimes in fragmentary state, are stored in various areas inside the precinct of Amun-Ra. The main objective of the conference is to present the main results of the ongoing anastylosis study of the columns, carried out during the past three fieldwork seasons (2017-2019). 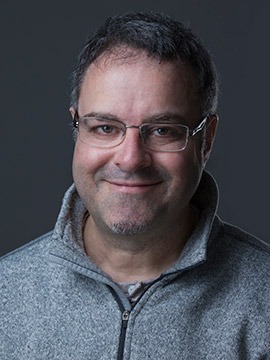 Jean Revez is professor in History at the University of Quebec in Montréal (UQÀM) and is currently the co-director of the joint University of Memphis-UQÀM epigraphic mission at Karnak. He did his graduate studies in Egyptology in Paris and Heidelberg, and completed his Ph.D. at the Sorbonne. Jean Revez’s research interests cover kingship and royal ideology, Nubian’s cultural reception of Egyptian Civilization, as well as new approaches to computerized methods of epigraphic surveys of Egyptian monuments.