You are cordially invited to attend the inaugural session of the research programme ÉCRITURES and the keynote lecture of Professor Pierre Tallet, holder of the chair of Egyptology at Sorbonne Université. The lecture will be held in the Great Hall of the Mounira Palace, headquarters of the Ifao, Saturday 15 June at 6:30 p.m. The lecture will be given in English and attendance is free of charge up to the limit of available places.

The event will be followed by a cocktail party in the gardens of the Mounira Palace.

The ÉCRITURES research programme on texts examines all aspects in addition to their content, treating them as material and graphic objects. As such, they witness to key cultural, intellectual and social practices. Taking a historical and anthropological perspective, the research programme ECRITURES aims to study the non-linguistic part of Egyptian writings and their semiotic value. Our target is to put texts back in the environment in which they were produced, which involves various actors and savoir-faire along with a specific historic and social context. The program spans fieldwork, publication of primary sources and scientific events.

Programme of the evening:

- Welcome by Laurent Coulon, director of the IFAO.

- Presentation of ÉCRITURES by Florence Albert, Scientific Member at the IFAO and co-director of ÉCRITURES.

The Wadi el-Jarf site, under excavation since 2011, is an harbour on the Red Sea shore that was used at the beginning of the IVth dynasty to reach the copper and turquoise mines on the south-western part of Sinai Peninsula. During the 2013 archaeological campaign, hundreds of fragments of papyrus from the end of Khufu’s reign were collected at the entrance of one of the storage galleries that are one of the most remarkable features of the site. This is for far the oldest papyrus archive ever found in Egypt. It is related to a team of sailors and mainly includes two categories of documents: accounts of commodities delivered to the workers, and logbooks registering their daily activities over several months. Those last documents record missions led under the direction of the inspector Merer that are related to the transport

of limestone blocks from the quarries of Tura to the Great Pyramid of Khufu at Giza, then under construction on the opposite bank of the Nile. 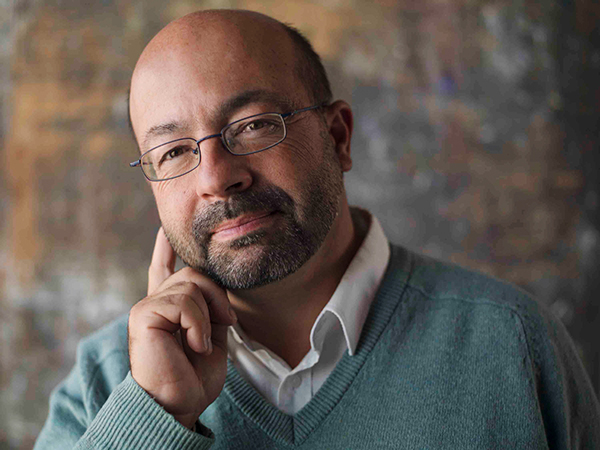 Pierre Tallet studied at the École normale supérieure and at the Paris-Sorbonne University (Paris-IV), and is a graduate of history and a doctor in Egyptology. He has participated in numerous archaeological missions in Egypt in the oases of Dakhla and Bahariya, in Sinai, as well as in Karnak, Deir el-Medineh and in the Theban necropolis. He was also assistant to the publications of the Institut français d’archéologie orientale (IFAO). In 2005, he was a lecturer at Paris-Sorbonne, a member of the archaeological mission of Ain Soukhna, in the Gulf of Suez, and director of the study mission conducted jointly by the IFAO and the Sorbonne in South Sinai. Since 2011, he has headed the archaeological mission of Wadi el-Jarf studying a port of Cheops on the Red Sea coast. In 2007-2008, he taught at the Free University of Brussels as a visiting professor for courses in history, art history and archeology relating to ancient Egypt. He was president of the French Society of Egyptology from 2009 to 2017; he is currently Vice President. Since 2016, he holds the chair of Egyptology at Paris-Sorbonne University.